Grounds for Divorce in California

When determining child custody, the court in California does not favor a mother over a father or vice versa.  The court will make a decision based on the best interest of the child.  When awarding custody, a court considers the child’s health and safety, amount of contact with both parents, and any history of child abuse or substance abuse.  The court may award primary custody to a parent who is the most suitable to provide proper care to the child.  Typically, the non-custodial parent (parent with visitation) will be ordered to pay child support.  The amount of child support is based on a statewide formula that considers factors such as the available income of each parent, the amount of time each parent spends with the children, the number of children, and the cost of education and child care.  Child support ends when the child turns 18, if the child has not graduated high school, or turns 19.

Once a divorce is filed, there is a minimum six-month waiting period before the divorce will be final, even if both spouses are in total agreement about the division of property, spousal support, and child custody issues.  If the spouses disagree on these issues, the divorce proceeding could take considerably longer.

How Much Does a California Divorce Cost? 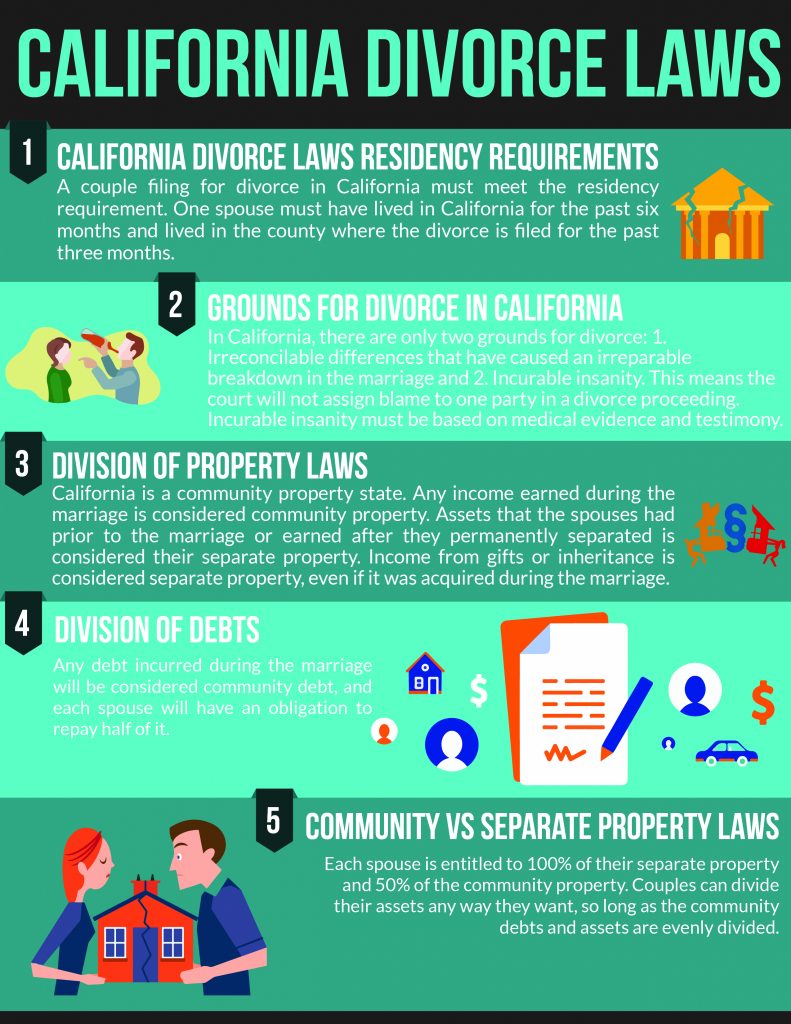 How to Avoid Going Into Debt During a California Divorce 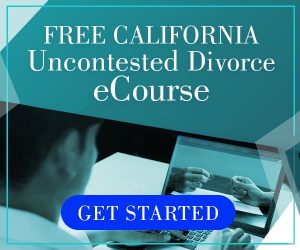